Armenia is currently involved in a lengthy border dispute with its neighbor Azerbaijan, and India has signed a massive export order for missiles, rockets, and ammunition.

India is always ready under the leadership of the honorable prime minister Narendra Modi to help any country in trouble.

Earlier this month, several agreements to deliver weapons and ammunition to Armenia were signed through the government-to-government channel.

Although the contracts’ values have not been made public, it is expected that the country will soon receive weapons worth more than Rs 2,000 crore.

With policy changes and strong government backing to gain international orders, India has made significant attempts to enhance its weapons exports.

Sources told THOUSIF EXIM that the order includes the first-ever export of the indigenous Pinaka multi-barrel rocket launchers already in service with the Indian Army.

The Army is developing long-range rockets and has just placed orders for six more Pinaka regiments.

As part of the package deal, India would also give Armenia a variety of ammunition as well as anti-tank rockets.

India and Armenia’s relationships were established on 31 August 1992, and during this time, Armenia and India maintained an excellent trade relationship.

India defeated regional rivals in 2020 to win the contract to sell the country four Swathi radars for an estimated Rs 350 crore.

These radars, which were created to the specifications of the Indian Army, are used to track incoming rockets, mortars, and artillery shells and provide a precise location of enemy launchers and positions.

The Indian radars have been effectively used on the borders with China and Pakistan.

India has been concentrating on boosting defense exports, with a target of selling equipment worth Rs 35,000 crore abroad by 2025. 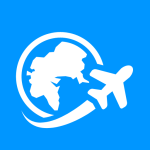 THOUSIF EXIM provides worldwide updates on import and export business and produces the content using the field researched experts. THOUSIF EXIM also imports and exports a wide range of products across the globe and is internationally recognized as a leading trader, consultant and service provider. Follow us on our social media handles. 3 thoughts on “India To Export Missiles, Rockets, Ammunition To Armenia”